Every year, fans are delighted to witness a fresh batch of Japanese gore-hilarity made popular over the years (partly by the barrage of Sushi Typhoon pics that usually make the rounds). This year is no exception. Noboru Iguchi, the man who brought us such titles as “Mutant Girls Squad” and “The Machine Girl”, was at Fantasia this year with two movies. The first was “Zombie Ass: Toilet of The Dead”, which was released last year. The second was the WORLD premiere of his new film: DEAD SUSHI. 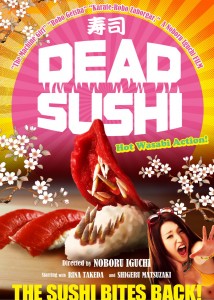 Like many good ones, the premise for Dead Sushi is simple: bits of sushi come back to life to harm the living. Let’s step back for a second, and appreciate how fun of an idea this is. Appreciated? Good. The anticipation for this film (JUST due to the premise) was one of the best things about it, and greatly adds to its PARTY-MOVIE essence. If you’re into these kinds of ridiculous and fun movies, Dead Sushi is an easy sell, in the same way that “Lesbian Vampire Killers” was, just based on the title. 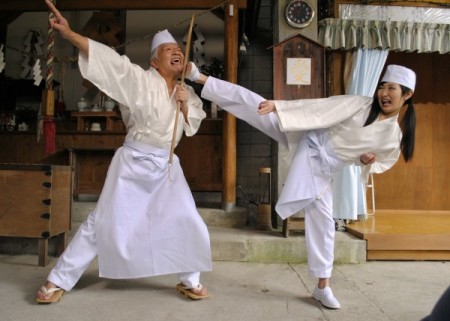 Now, the big question, is it any good? Well, yes. It is. The plot is wacky, the characters are wackier, and the flying attacking sushi pieces are colourful and funny as hell. The Fantasia crowd seemed to really eat it up, yelling “DANGER!” at the screen, as is custom.

Now, is this flick a good entry point for someone who has never seen this kind of thing? Doubtful. There are much better titles (Machine Girl, Tokyo Gore Police, etc) that can act as a better introduction, and would run less of a risk of disclaiming the genre to newcomers. Dead Sushi might have a couple too many story/pacing issues that could distract viewers who don’t know what to look for in these movies. In this sense, I’d advise against using this as a mass appeal PARTY-MOVIE.

On the other hand, if you already have a bunch of friends whom you KNOW have a taste for this kind of wackiness, don’t even think twice. Get yourself this movie, some sushi dinner and good bottle of sake. You’ll have an awesome PARTY-MOVIE experience. 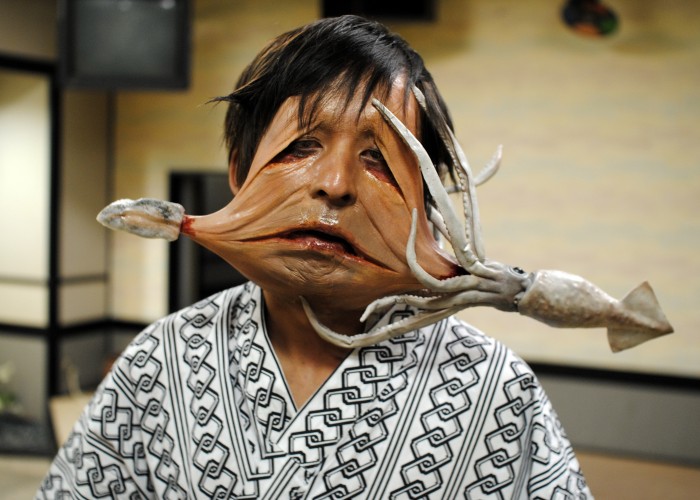