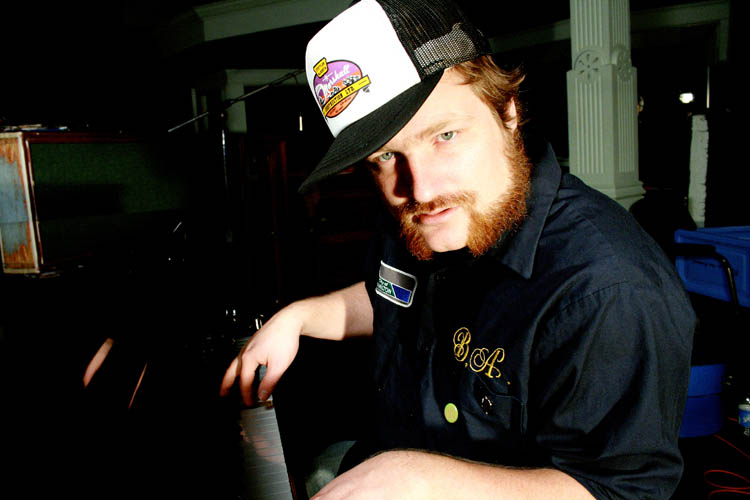 If you haven’t heard yet, B.A. Johnston has become a familiar name among Canadian indie music circles. Known for his nostalgic party-humourous music and antics, B.A. is the good-natured best friend that we’ve all had (or wish we’ve had)…personified in song form. Ever had a neighbour who used to come over at 2AM to play NBA Jam on SNES/Genesis or watch The Goonies while enjoying hot-dogs from the nearby 7-11 ? That’s B.A.

After his recent nation-wide tour, we got in touch and collected B.A’s thoughts on a few of his favourite party movies, and we are so very glad we did.

WL2W: Hey B.A! How was your winter/spring tour?

B.A: The tour was great except it was way more winter than spring, and I almost died/crashed like 4 times. Beyond that it was good. Used a lot of mcdonald coupons, played with some great bands, and stopped a fight between a punk and a snowboarder mid-show!

WL2W: We call something a “party movie” if it’s the kind of movie that you would want to watch in a crowd or in a social setting. Some movies are good, but are a bad idea to suggest  when you have company (e.g. schindler’s list). Some movies are bad, but are great with company (Troll 2). Would you agree with this, or have something to add?

B.A: You can probably watch any movie with company as long as they know what is up and the context of your hangout, like if you are partying you may not want to put schindlers list in, but if you are hung over and can’t move and it’s on teevee, maybe you won’t change the channel or whatever. Party movies, I think, are movies you can watch while partying and shit: often funny/scary and don’t involve all of your attention.

B.A: Alright, now here are some of my own FAV PARTY MOVIES!!!! 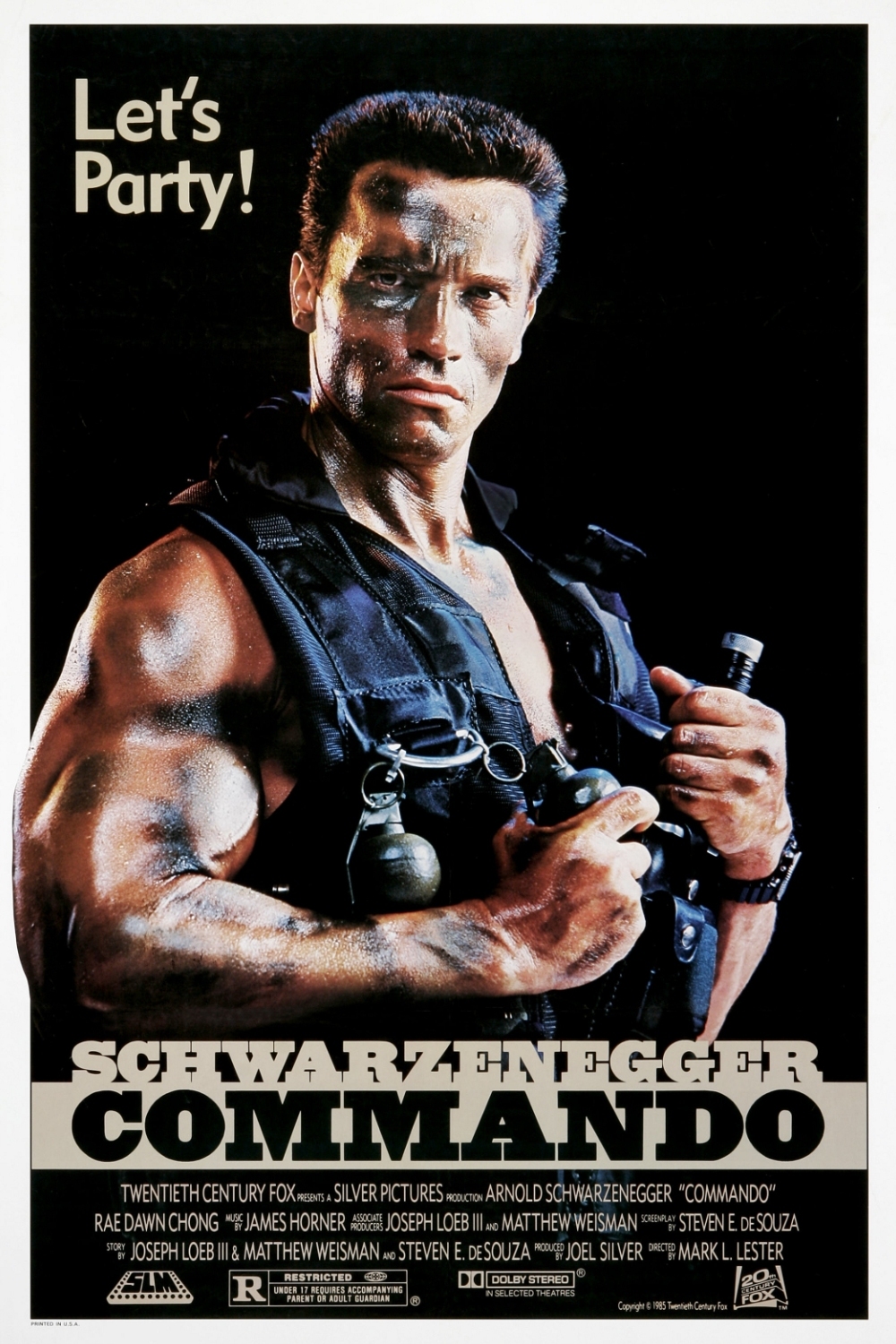 Commando- this movie is really really great. arnie kills like a million dudes to save his daughter allysa millano for some terrorist or something. and he has great one liners for all of them. plus no real love interest so you dont have to watch arnie make out with anyone. 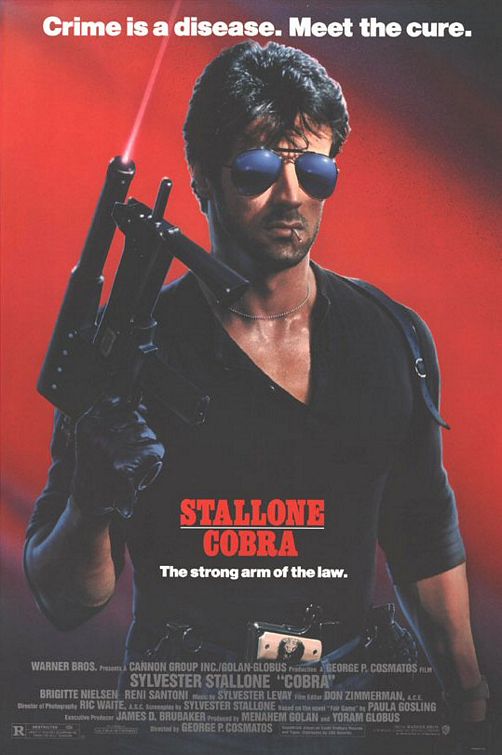 Cobra- this is also great. Stallone is some kind if super cop that only gets called when basically a dude needs to be murdered. He has to save bridgette neilson from some cult. He also drives a cool car and then end of the movie he kills a million dudes on motorcyles somehow. 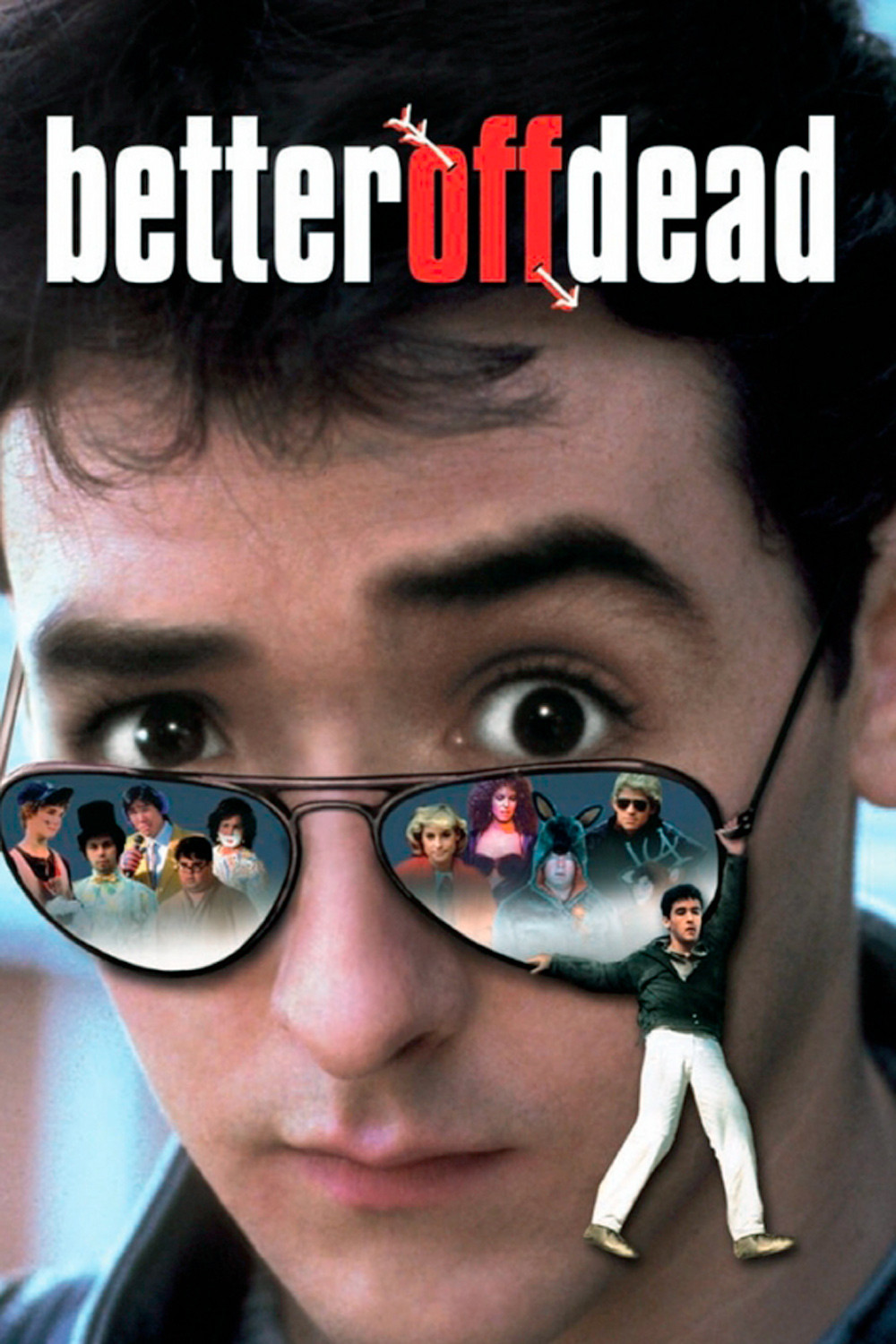 Better off dead- if needed I can recite this movie line by line. John Cusack gets dumped so he tries to commit suicide until he skis down a giant hill and dates a french exchange student. He also works at a restaurant owned by the fat dude from porky called pork burger. Bonus points for having curtis armstrong as best friend, sax solo scene, and BA fav Dan Schneider. 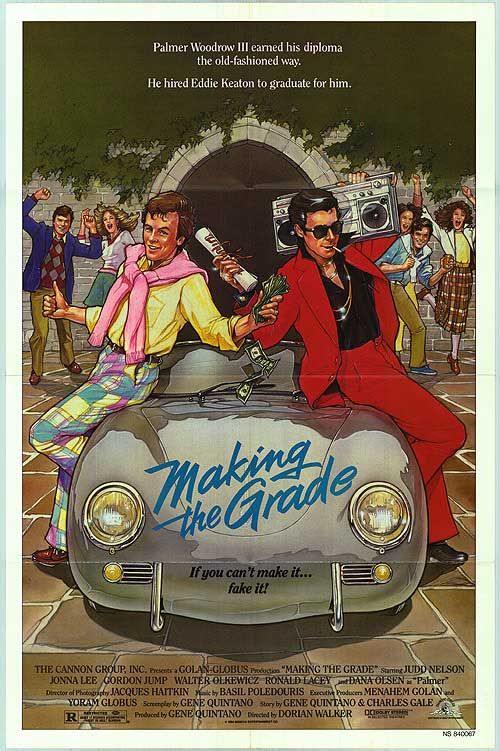 Making the grade. Judd Nelson is hired to take a rich kids place at his boarding school, he does this to avoid his debt to loan shark Andrew Dice Clay, yeah the dice man. He proves he is way cooler than the rich snobs by breakdancing at a dance. This also is how he wins some rich douchebags girlfriend. All and all pretty amazing. Also got Dan Schneider again as some fat dude that eats candy bars on a date!!

Ice Pirates- The world is out of water so dudes have to become ice pirates or some shit to steal it. This movie has the best seduction scene of all time. Seriously. And it has pirates and robots. 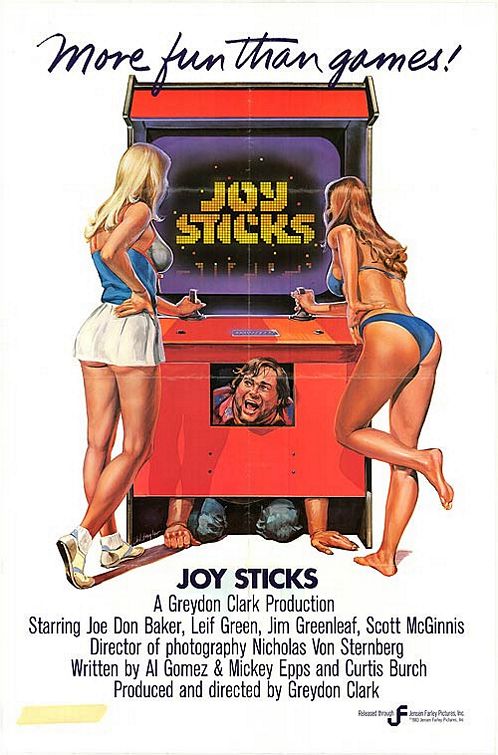 Joy Sticks wow. This movie is good on many levels. Nerds and nudity in maybe the first 3 minutes. And an awesome theme song. Basically a nerd, a cool dude, and a fat slob have to save an arcade from Joe Don Baker. There is a scene where the slob and a punk play arcade classic satan’s hollow for some reason. Also, strip video. 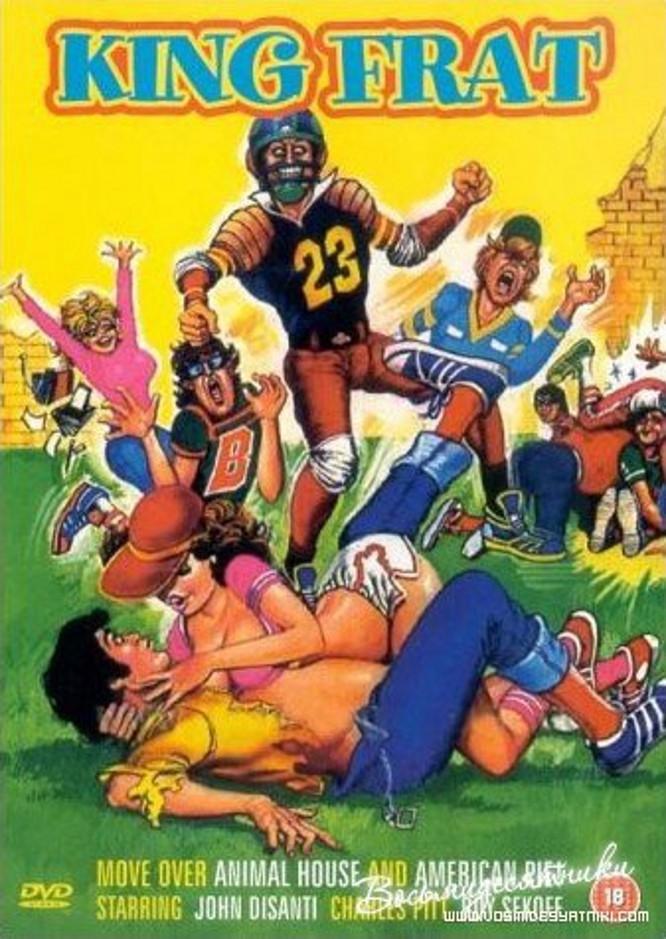 King Frat. This loveable animal house rip-off is notable for two reasons. 1- During the opening credits the frat jerks moon the dean, he has a heart attack and dies, they steal his body at the funeral by blowing weed smoke through a vent and then leave his corpse on a toilet for some reason. 2) fart contest.

You can find info on BA’s previous albums, and upcoming new album and tour info at http://www.bajohnston.ca!!!