Every once in a while, a great stoner classic comes along that is appealing to all audiences. From Up in Smoke to Half Baked these movies a great for the stoner and non-smoker alike. In 2006, another one of these great movies came out;  Grandma’s Boy.

It is evident that the writers of Grandma’s Boy are likely smokers themselves. If you observe their way of writing, the actions of the characters in the movie seem genuine, unlike others where the flow feels forced and the characters are doing ridiculous things (..like the time on Frasier where Niles gets a pot brownie but ends up getting his dad high).

Sorry Niles, but that just does not cut it. 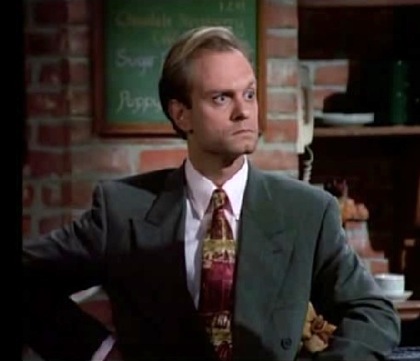 Grandma’s Boy is about a 30 something year old video game tester who, due to thai hookers, has to move in with his grandma until he can find a new place.

Grandma’s Boy is a properly written movie to the smallest detail. If you pay close attention, the score of the protagonist is 420 when they play Frogs and Flies. Another high-point of the movie is the sheer amusement displayed when watching Mexican television and not understanding anything that’s going on. The movie is right about everything.

The jokes are well delivered and will be enjoyed by everyone in attendance, regardless of their reefer history. The three older ladies that he lives with are hilarious and are quite open with their jokes and do not behave like most old bitter people that I know, (I’m talking about YOU, grandma!).

The movie does not only consist of reefer jokes but has a good storyline and love interest along with it.

Grandma’s Boy is guaranteed to make everyone in the room laugh and the movie itself has a great party scene. Being more of a mellow movie, I would play it at the end of a party or in the aftermath of the next morning.