Alright welike2watchers, this is a fun one. Directed by Michael Peterson and written by Peterson and Andrew Herman, “Lloyd the Conqueror” was screened at Fantasia this year. In essence, it’s one of those flicks that’s awesome on many levels, making it hard to describe, so I’ll attempt to break it down.

First things first: the movie is about a bunch of community college kids who agree to join a LARP (Live-Action-Role-Playing) tournament in order to pass one of their classes (you’ll see why). This is an entertaining idea. Slice it however you want, LARP-ing is really fun to watch, especially when newcomers are involved (fans of the movie “Role Models” know what I’m talking about). 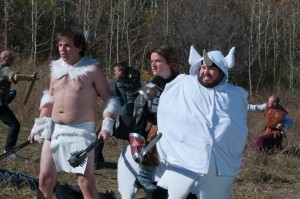 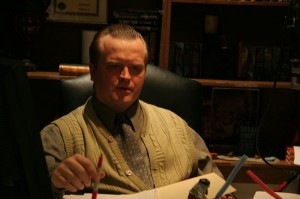 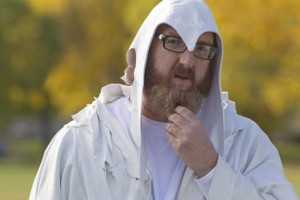 Thirdly, the soundtrack is jam-packed with awesome Canadian rock/metal, which makes sense since the film was shot in Calgary. Seriously, there are some killer tracks by 3 Inches of Blood, C’mon and even Montreal’s own (or “Bongtreal”, as they say) Barn Burner. They go GREAT with the movie, giving a constant rock-party feel. It’s definitely something we don’t get enough of.

Anyway, the charm of this movie likely comes from all the elements described above, but it’s also so much more. This is definitely a PARTY MOVIE. The audience had a great time, and even included several LARP-ers and LARP enthusiasts in full costume. So, get your friends together, foam swords and all, and cast this movie on them. Level-up guaranteed.