The project is due, nothing is ready, and the semi-working prototype just exploded. As an engineering student, I know this feeling, and it’s a feeling of desperation when trying to fix such a situation. This is what pushes the three scientists from Robo-G to come up with their zany scheme.

The three scientists work for Kimura Electrical, a company that normally makes stoves, but has branched out into the robotics division. The three scientists don’t have a clue what they’re doing, but were put on the project anyway. With the robot expo just a few days away, they need to present something amazing to keep their jobs.

On the other side of the story, Mr. Suzuki, an elderly man, is feeling lonely and ignored by his entourage. Looking to keep busy, he decides to apply for a job as a mascot (who wouldn’t?), but little does he know that the three scientists will end up putting him inside the robot shell and devising the zaniest plan the Japanese robot industry has ever seen! With the robot performing all too well, the three scientists and Suzuki have a tough time making everyone believe that the robot is in fact real as they become more and more popular.

Robo-G is a clean, funny movie, that has a feel-good vibe throughout. This was the second time in this year’s Fantasia Festival line-up that a film featured a hilarious, robot-style dance scene (the other movie being “Dead Sushi”).

It even had some product placement I thought I would never see! 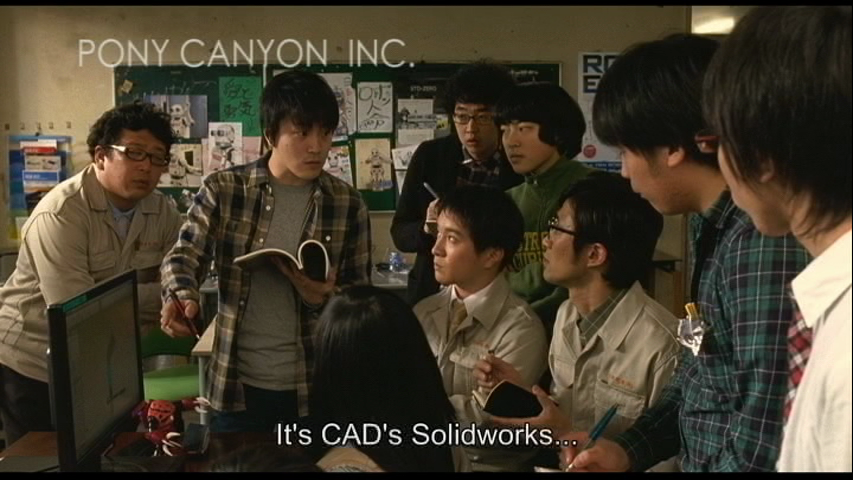 Robo G may not be a perfect PARTY MOVIE (unless you’re a group of engineers), but it is something that everyone can enjoy and will guarantee laughs from all ages. If you’re having people over on a quiet night, this one would be the one to watch.