If you would have told me that I would one day sit in a room with Mark Hamill (Luke Skywalker/Star Wars), Noah Hathaway (Atreyu/The Neverending Story) and Tony Todd (Candyman/Candyman) to watch a Tarantino-esque gang-thriller where they all beat the shit out of each other, I would have respectfully disagreed.

Well…it happened. “Sushi Girl” is brought to us by writers Kern Saxton and Destin Pfaff, and was directed by Saxton, who were all at the screening lending their energy to the room. Everyone was happy to be there, and it was a great time.

This film actually turned out to be a great example of a PARTY MOVIE that isn’t really any sort of comedy. It’s just plain messed up, intriguing, and jam-packed with bone-chilling scenes from a killer cast. 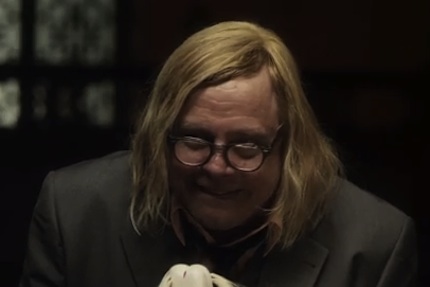 Most likely, this flick might not have been as impactful, had it not starred such a strange and wonderful group of actors. I mean, as a Neverending Story fan (and incidentally, a Troll fan [which was technically the FIRST HARRY POTTER MOVIE]), I never expected to see Noah Hathaway again, let alone in THIS context. He plays a criminal named “Fish” who got caught during a diamond robbery six years ago with the other cast members. Since Fish was the bag-man, the movie revolves around the other criminals welcoming Fish out of prison in order to determine what happened to their diamonds. Not as simple as it sounds.

In any case, the twisting plot, bizarre characters and snappy dialogue will keep you and your friends on the edge of your seats the whole way through, and is definitely a PARTY MOVIE worth your time!