Hosting a successful party isn’t always as easy as one might like it to be, but there are a few artifacts that can significantly add to your get-together’s charm and appeal.

So, party music is a natural concern and when something cool comes up, damn right I’m gonna talk about it.

Here you go: The STAR WARS AND OTHER GALACTIC FUNK record. 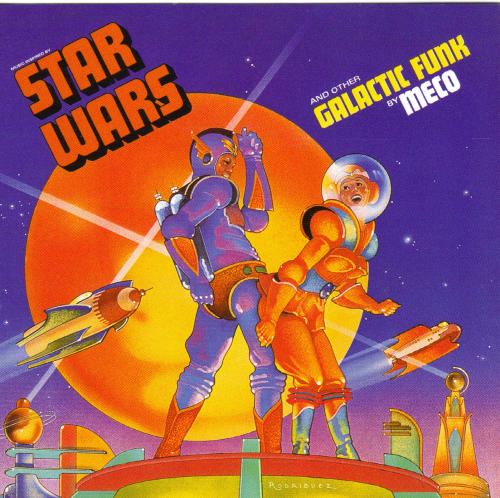 Sounds and looks obscure, but the main track (“Star Wars Theme/Cantina Band”) actually held the top place on the Billboard Hot 100 for a couple of weeks in 1977.
It’s simply amazing. Vintage Star Wars music…that you can dance to.

Have a listen, and tell me you don’t want this playing at your next party-night (and perhaps a PARTY MOVIE night… STAR WARS DISCO PARTY NIGHT).